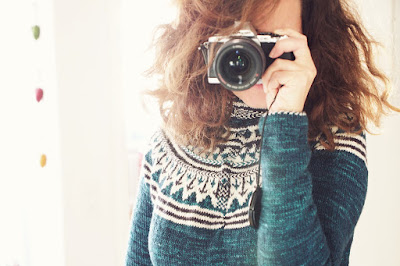 Wow, that was really an intense project! So many little extra steps which took ages to finish. I think I spent more than 11 hours on it only this weekend and I just had to turn it from a sweater to a cardigan. It has also been the "longest" project in my second year of knitting, I used 1280m of yarn for it. Unfortunately I only finished today when the light was already fading, my hair was wet, the hair drier started to smoke and burn (no joke) and my usually reliable photographer Antonia was in a crappy mood so I am not satisfied with the final photos yet, but I am sure we will find a sunny day soon to change that (in the meantime we went outside without rain and now I am satisfied ;-) So, I am totally happy that it's done and I love it. 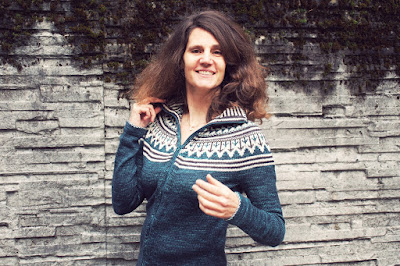 So here's what I did this weekend:

Yesterday was Steek Day. I met Denise, our handy craft teacher in her craft room in the morning. None of us had done a steek before, so we had read everything we could about it before and I knit a little extra swatch to try the technique. Denise carefully sewed up and down it twice on both sides and then I cut and hurray it didn't fall apart. 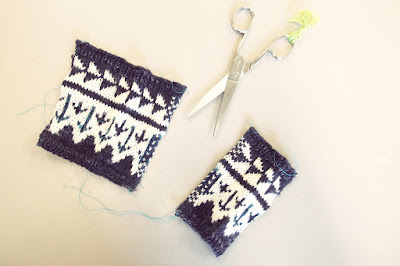 Next she sewed the real sweater three times on each side to be really on the safe side. (I never use a sewing machine and I was too scared to ruin anything, so thankfully she took over). The cutting took some courage to start but wasn't really that hard, especially because we left in the yellow marker line which really helped both while sewing and cutting. The whole process went really well, there was no fraying at all. 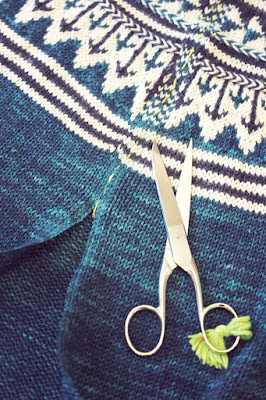 After the cut I went shopping for a zipper because we couldn't find the perfect colour at school. The sales lady convinced me to go with a colour very close to the Ravine yarn and I have to say she was right. Back home I started picking up stitches along the edge of the steek stitches. With these stitches I did a 4 stitch iCord along both sides.

Once that was done I started putting in the zipper - a part of the project I really don't enjoy, I just feel so clumsy with a needle and thread and everthing always gets tangled up and it never looks really as neat as I'd like to. I had hoped that the zipper would hide the edge of the steek but with the iCord it wasn't wide enough. So once I'd finished both sides of the zipper today I decided to knit an inside lining along it to definitely hide the steek (I saw this on Frau Mascha's project page). So I knit two long thin strips that I then attached over the zipper and the steek. Again it took ages but now I have to say it looks very secure. 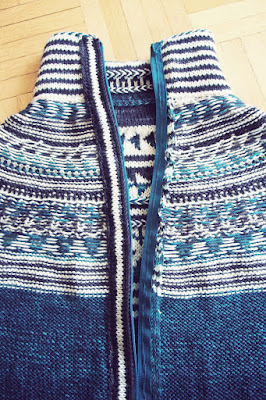 That's it, my SSKAL2015 sweater is finally done. I am glad I did it but now I need something really easy to knit next!!! 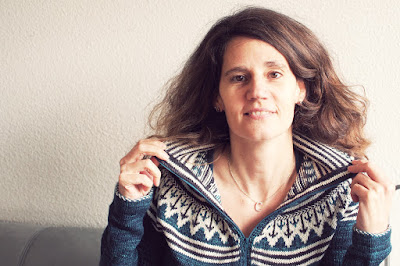 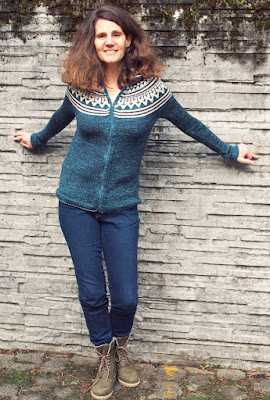 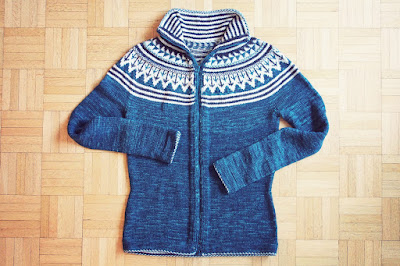