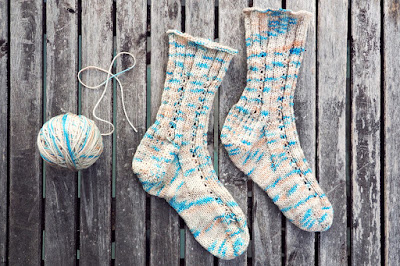 I knit these socks during my very first Stitching Retreat. I had stumbled upon the retreat and the group that is behind it by coincidence, I think I saw the ad at the bottom of the Strickcafé ravelry group. It sounded great, almost three days of knitting with a couple of knitting courses, a bit of yoga, next to the lake and right at the beginning of my spring holidays so I signed up without thinking about it too much.

Then I had a really intense time at school and I got so stressed out by it all that I came very close to cancelling it, I just couldn't image having to meet new people in the state I was in. Fortunately the last couple of days of school were slightly slower so I decided to go ahead and take it day by day. 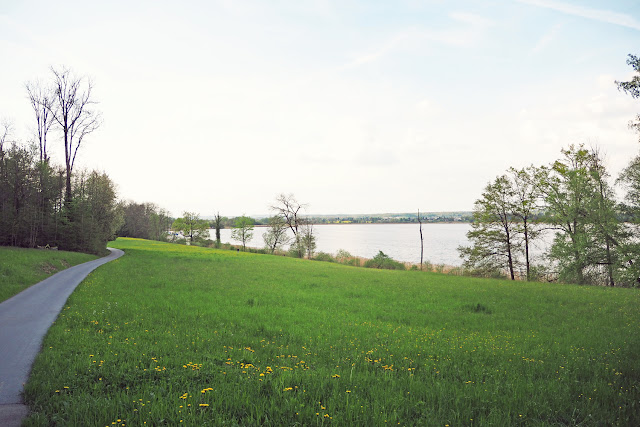 Apart from missing the bus stop (well I pressed the buttom but the bus lady didn't notice) and having to walk back along the lake for 15 minutes, my arrival was easy. It's kind of cool to go on a holiday so close to where you live, you are away quickly without the hassle of long travelling. I felt quite weird in the beginning, I imagined that they all knew each other and I'd be the only newbie. That was more or less true but all these women couldn't have been more welcoming, I felt part of the group right away and it was amazing to see so many knitting and crocheting projects. 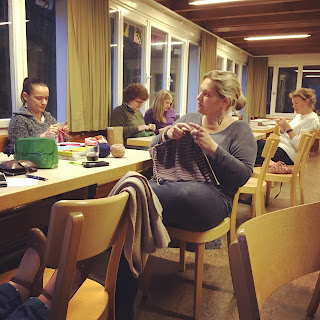 I took a sock knitting class on Saturday which was fun. I know how to knit socks, but I learned new details that I will use again and again. In the beginning I decided to knit really simple socks (3k1p) but then I couldn't resist and I added a bit of pattern that I copied from Fräulein Wollga's Frischer Kaffee pattern. I think this Madelinetosh colourway looks stunning and the yarn is so soft (but it keeps surprisingly well). 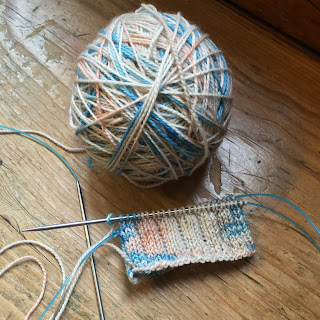 In the afternoon there was a small marketplace. I was mostly able to resist temptation, I only bought one skein of sock yarn. 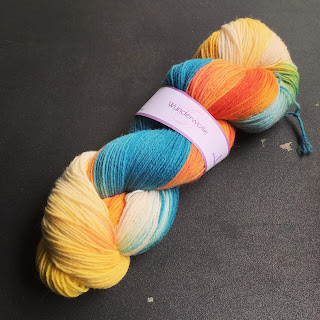 Towards the evening (after more than 8 hours of solid knitting) I needed a break from being indoors and from being around so many people. So even though it was raining I went outside for a run along the Greifensee. It wasn't so bad because I caught a dry spell and I really enjoyed moving to Prince's music. I wished I lived closer to a lake, it's such a great place to run. 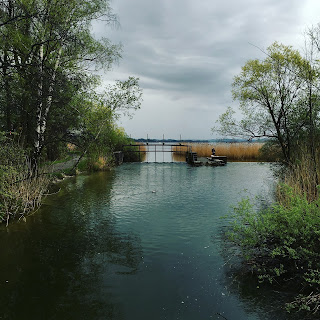 On Sunday I took a yoga class which was fun and which made my muscles sing. A little later  it was already time to go home. I left with a few other knitters and we could ride the bus back together. I couldn't believe that I'd only just met them, they felt like friends. I am so happy that I went and that now I won't shy away from going to the knit'n'sips that happen regularly. Actually my first knit'n'sip will already be tomorrow and I am really looking forward to seeing some of these warm beautiful knitters again.

Back home I had enough time to finish my second sock ;-) 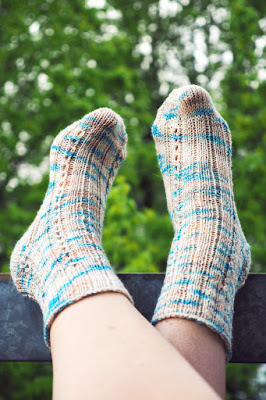 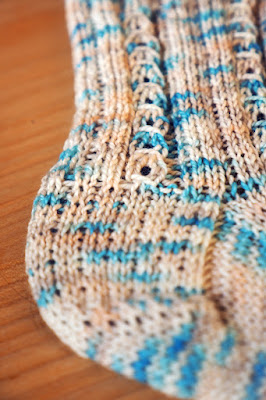